One of the newest “trends” in the Television and Entertainment marketplace is “cord cutting”. Read on for a detailed description of what this is, and how it impacted consumers and cable operators alike in 2017.

What is cord cutting?

Traditional cable TV is corded. Basically, you plug your TV either directly into the wall via a coax cable or you use one of the multitudes of different cable and satellite “boxes” as an intermediary.

This method of Television viewing is nothing new – we’ve done it for decades and while the boxes have gotten significantly more powerful and complex, we’ve still been limited with our channel selection to whatever package we pay for. Unfortunately, this often means that while you might get the one or two channels you want, you’re also often lumbered with a multitude that you do not as part of your subscription.

Cord cutting started in 2007/2008 when Roku TV and Apple TV were launched, completely transforming the way viewers watched videos. The content could be screened with ease without the need for a satellite TV service, set-top box etc. The release of exceptional apps like Amazon Prime Video, Hulu, and Netflix at around the same period of time made it even more convenient for users to stream good quality videos.

Why did cord cutting become popular?

Traditional TV limited users’ convenience to sitting in one place and watching the content. To access it in a different room, they had to get another connection; thus, pay extra. Multi-room packages were a great “upgrade” for cable operators and they made a fortune from the extra monthly fees that they’d charge for the 2nd or 3rd cable box.

Added to that of course, and already mentioned is the fact that Cable TV packages charge users a hefty amount for channels that they wouldn’t even watch.

Contrast this with newer Internet-enabled technologies where a small initial investment in equipment is often your only requirement to access to content from around the on multiple devices without any hassle. Viewers could stream the content anywhere, at any time, in any device of their choice.

Another factor, of course, is commercials. Apps like Netflix and Amazon Prime as well as Hulu remove this restriction providing subscribers with a pure and uninterrupted viewing experience.

In a nutshell by cord-cutting, one needs to only pay for what they want.

What are the major turns in the cord-cutting industry in 2017?

The top 5 streaming devices that have been a huge hit on the market are:

Fire TV devices focus heavily on Amazon Prime Media and plenty of other streaming services are available too. The Fire TV is equipped with the voice assistant, Alexa: a powerful tool for voice remote. One can even stream HDR and 4K content. This has been the best device to use under 50$.

Roku has its own channel store with thousands of options. All the popular streaming services are available along with some useful apps. The device has about six models with a wide range of features and distributed prices. It offers 4K video with HDR10 support.

It’s a powerful device and the first ever to provide Netflix 4K content outside TV. Its paired with some great hardware like Nvidia Shield TV.

It supports 4K video with Dolby Vision and HDR10. It has access to plenty of content and apps. The voice remote enables the use of Siri. You can even control smart home devices, if they’re Home-kit enabled, using the same remote.

It’s a powerful media streaming micro-console with an abundant amount of gaming tricks and hands-free Google Assistant to aid you. Its based on Android TV.

The best streaming services in 2017 have been:

Price: 8$/month with ads and 12$/months without ads

They have shows from Fox, ABC, NBV, Seinfeld library etc. They have access to tons of movies and TV shows. You don’t have to miss out on the broadcast channels as well. With recent purchase by Disney, the fate of Hulu is in some doubt.

Its called the king of binging. Its library is filled with movies, classic and non-classic shows, stand-ups and Disney content; making it one of the most used streaming service. Content varies by country based on geolocation restrictions, however its easily the premier service on the list for people interested primarily in “catchup” and streaming only.

It offers access to live TV from almost 50 providers which include all major networks. It’s also featured with a cloud DVR with unlimited storage. You can select amongst a wide variety of channels: Disney, ESPN, Fox, Bravo, MSNBC, FX, National Geographic etc.

You get access to multiple movies, shows and a bonus of free access to the Prime Music and Kindle. The catalog of shows includes shows from HBO and other all-time-favorite channels. Prime Video is available for FREE in some jurisdictions with the purchase of an Amazon Prime membership.

The number of cord-cutters in 2017 is massive. A big crowd unsubscribed from cable TV in 2017 with around 1.8 to 1.9 million subscribers shifting to streaming videos. In the third quarter of 2017 alone, about 762,000 have cut the cord. The number is growing rapidly and by 2021,  28 million people will have ‘broadband-only’ in their homes.

The traditional cable TV subscriber industry is declining every year by 2.4%. in the past four years and has seen 6.5 million cord-cutters. In the first quarter of 2017, about half a million of American population cut the cord. Based on current estimates, 1 out of 7 Americans is a cord cutter; that sums up to 15% of the population.

The growth of video streaming has grown rapidly in the past years. From 10% users in 2009 to 60% in 2017. According to statistics, there are about 130 streaming services today, with a great variety of pricing and channels. Recently the number of sports streamed online has increased considerably too; from Olympics to Superbowl. Almost 25% of sports is being viewed online.

With over-the-internet streaming, binge-watching is becoming a common habit amongst viewers. In the USA, a striking 73% consumers have admitted to binge watch.

Positives and Negatives of Cord Cutting

Cutting the cord isn’t as easy as it seems. It needs a proper set-up that costs you money and great internet speed. Cord cutting is not – yet – as easy as it will eventually become.

Right now if you choose to cut the cord, you could actually end up paying the same or even more than you previously used to pay with cable alone. You see, cable companies, bundle their services and often give discounts on Internet service or even Telephone service if you pick a cable package. Sometimes cord cutters end up spending MORE on their internet service as all of the services they are now using are through that medium, so when you sign up with a company for Internet-only services, you need to ensure that the price matches your requirements.

In addition, while cord-cutting provides the ability to have the specific channels/programming that you are interested in, again each of these is individually priced. You will get a better and more useful variety of programming, but you need to once again ensure that the prices make the changes worthwhile.

Finally, cord cutting services often are not as simple to use as the cable TV solutions we’ve all become accustomed to. For example, PVR functionality is often not available and EPG (Electronic Program Guide aka TV Guide) services are also not as simple and easy to use.

With those negatives out of the way though, cord cutting is definitely the future as companies like Netflix have amply demonstrated. The services available are constantly improving and the tools and technology that power those services are becoming more and more mainstream. 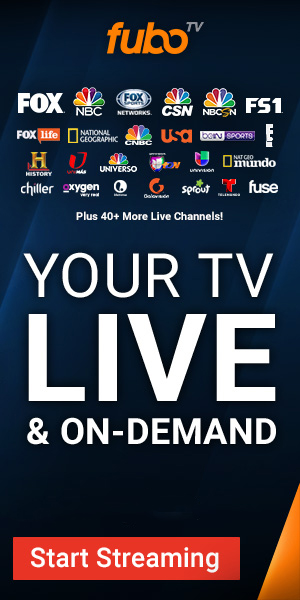 ABOUT US
We’re a group of tech insiders, writers, self-confessed geeks and TV obsessives fed up with the cable TV monopoly on entertainment. We’ve experienced the high-priced, poor customer service and outdated technology first-hand, and we’re fed up. Everything is changing, and that’s a good thing.
Contact us: [email protected]
FOLLOW US
© 2020 Cut The Cord ™ - All Rights Reserved.
MORE STORIES
Editor Picks